Time to light a cigar 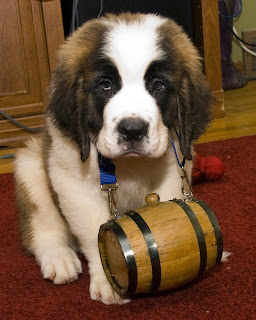 Like most newlyweds, one of our first concerns is family planning. Each of us had several children out of wedlock, and we had a few more while dating. Since there's no greater responsibility than parenthood, we took this seriously (we didn't want to be Madonna and just pick up some orphan on a whim).

At first our new child was just a glimmer in our eyes, but through lots of planning and consideration, we found the perfect addition. It wasn't quick, nor was it easy, and it certainly didn't keep us close to home, but it was well worth it. Cuter than Knut, almost as strong as Tim Tebow, and built like a tank, I give you Magnus.

Magnus was 25lbs and just under 10 weeks when we picked him up for the first time. He's a big boy, with paws and shoulder bigger than most dogs (even bigger than our fat 70lb bassett hound), but he's all puppy on the inside. If his 200lb+ daddy (serrogate--not me) has anythig to do with it, he'll be huge. Heck if I have anything to do with it, he'll be huge too! He's already holding his own with Stuart (the bassett hound), and Kuma (our 174lb St Bernard) will soon have his paws full too. 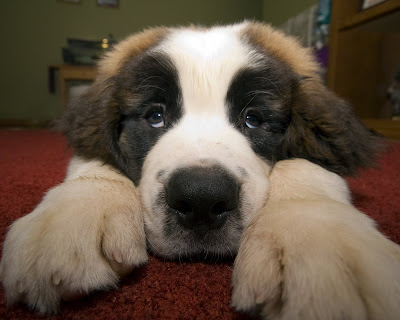