Gateway to the West and the Beginnings of a Jihad 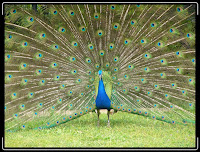 This past weekend, Memorial Day weekend for those of you who may have missed out on it, was an occasion where Liz and I packed our bags and headed west. Not as far west as we had done for MLK weekend, but certainly enough to provide a pleasant change of scenery. The destination this time was St Louis, where our friend Michelle calls home. 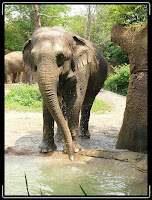 Our journey out there was rather uneventful at first, with our driving past a 198 foot tall monstrosity of a cross in F'ingham being the only thing of note. Sadly it wouldn't remain that way for long, as we drove past two cows getting it on (well a cow and a bull). It's not as cool as it sounds, rather disturbing. Besides that, we pretty much could have forgotten the trip (dealing with the idiocy of Indiana gas stations is another matter). 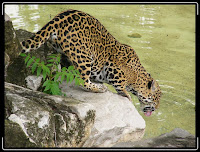 So we get there, make our greetings, relaxed, hung out, and enjoyed one-another's company. We enjoyed their hospitality as well as the chance to meet Michelle's husband and sister. Being Memorial Day weekend, there was plenty of stuff to do, including a Greek Festival at an Orthodox Church, which also offered tours. Being that we all like learning new things and looking at different things, we took the tour. It started well enough, with an Orthodox Church architecture 101 as a beginning. We then we tricked into going church proper and grabbing a seat. The friendly approachable deacon type fella was replaced by an incredibly passionate priest, who thought we should pray as much as we breath. Finally, they brought in a recent convert to seal the deal, a former Lutheran minister no less. It didn't take long for him to basically say the world, with exception of the Orthodox Church, was going to hell in a hand basket. He proceeded to get into a spat with those who had the misfortune to sit behind us (ironically a former Orthodox Christian turned Lutheran--who could have asked for more?). We found a way to sneak out and make our exit. Good people watching, but the baklava was better. 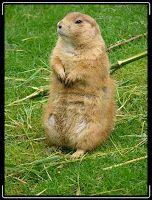 Knowing us, it shouldn't be a shocker that we went to the zoo in St Louis (if nothing else the pictures should have been a clue). The zoo there is huge and free. Ironically enough, even given the free nature of it all, it seemed less crowded than the zoo here in Columbus. It was nice to see different animals and different environments. The zoo was in a large park, which also had an art museum and some space for festivals and performances. Both were used, with an interesting mash-up of a Shakespeare festival and a African Art show.. I'll let you picture it all.
Posted by Olaf at 1:38 PM